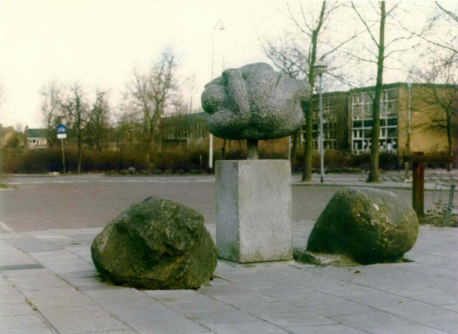 Sumo Wrestlers was made by Hans Mes while he was studying at the Academy of Art after he had made a video about martial arts and also was very impressed by modern Japanese Theatre. He was so eager of carving the stone for this sculpture that he and a classmate copied the key of the school to continue their work during holiday. The last day they were discovered and they had to promise to the director that they would never do this again… He offered this sculpture for lease to the city of Groningen, who finally bought it one day after he left the Academy of Arts. It found a place near a sports accomodation.