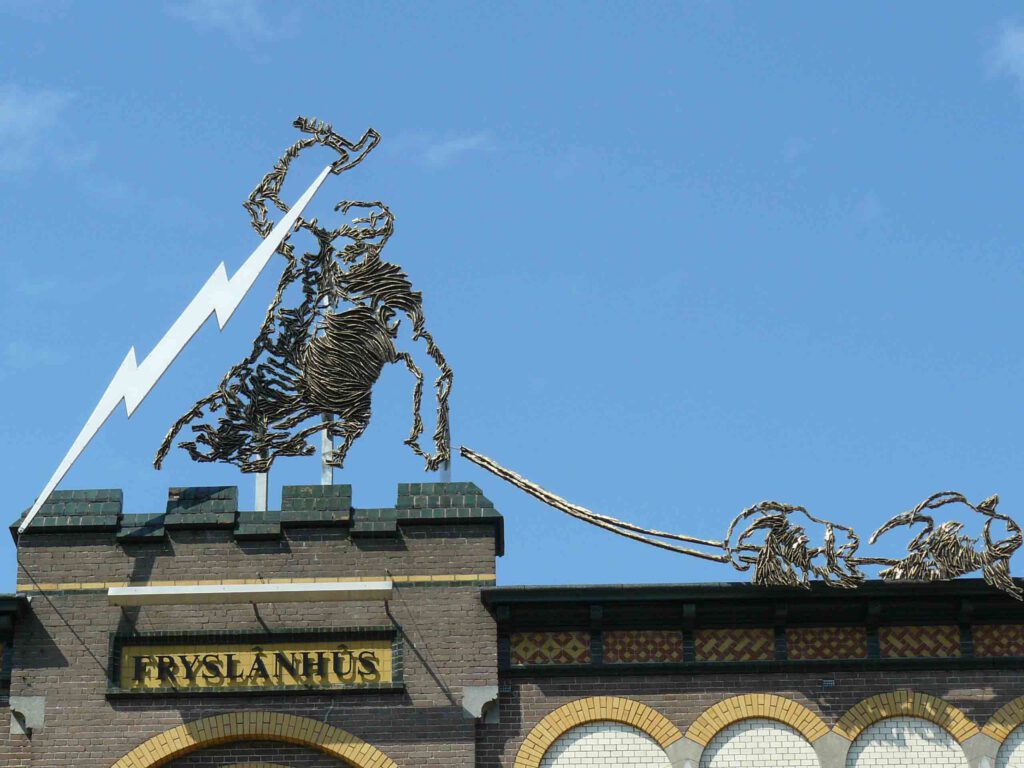 WiFiThor combines the archaic Frisian god Thor from the ancient North European mythology and ultramodern WiFi communication. They are united in one artwork on the roof of the former Fryslânhûs. With WiFiThor the Academy for Pop Culture gets charisma by radiance, literally and symbolically. This god of thunder and lightning, light and sound, expresses the flashing actual activities of the Academy for Pop Culture, being in resonance and harmony with the classical architecture of the Fryslânhûs at the same time. In his mythological roots Thor was a god of benevolence, protecting the farmers. As a powerful ruler he hits the clouds with his hammer, causing the lightning. This feared hammer called Miölnir is a symbol of his power but also of fertility. The sculpture forms a visual coherence with the typical roof elements and the underlying window arches. They form the carriage and wheels of his copper chart, which was pulled by two goats while riding in the skies. The wheels cause the thunder. The flash of lightning contains a led-screen and a WiFi antenna. This opens a portal to communicate culture in a wide area around the Acedemy and offer a spark of inspiration to the public.