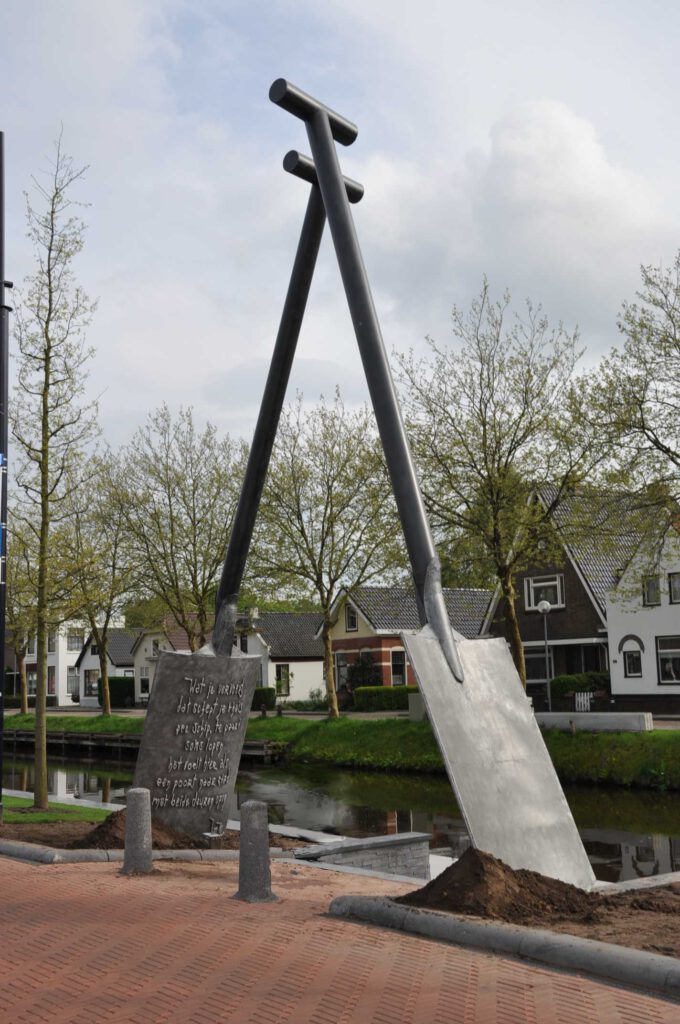 The sculpture StadSpaden literally and symbolically digs into the history of the Stadskanaal community, which finds its origins in the digging of the canal. Two big black metallic colored spades each 8 meters high are stuck into the banks: Both on the sides of a stairs leading to the canal’s promenade. By their size and oblique position they mark the entrance to Stadskanaal from a distance as an entrance to the centre of Stadskanaal. From here a path for towing ships next to the canal once led to the city of Groningen. But, where at those times the ships heavily loaded with peat were towed to town, a raising number of tourists with pleasure boats now uses this waterway to visit Stadskanaal and people seek rest and relaxation at the waterfront. On the blade of each spade a verse of a poem by Hans Mes has been welded. In that way the sculpture tells the story about the digging of the canal, the ship towing path and their meaning to Stadskanaal. But the poem also emphasizes the feelings on coming home. Also in such a sense the artwork functions as an entrance to the identity and present times, which evolved from a past which was built on lots of heavy work. The impressive size and measurements underline this in a monumental way.